The Collection of Historical Scientific Instruments


A constituent part of the of the Harvard Museums of Science and Culture, the Collection of Historical Scientific Instruments (CHSI) preserves, documents, and cares for over 20,000 instruments that represent the history of science teaching and research at Harvard from the Colonial period to the 21st century.

The galleries are located on the Harvard main campus in the Science Center, One Oxford Street, Cambridge, MA 02138. Admission is free.

Center for the History of Medicine

The Center for the History of Medicine (CHoM) sponsors exhibits and lectures that are free and open to the public in the Longwood Medical Area. CHoM also offers online exhibits.  A selection of brain-related objects from CHoM are featured on this Brain Tour. 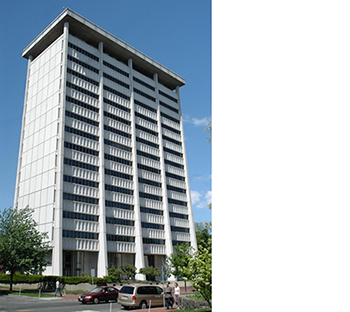 William James Hall was designed in 1963 by Minoru Yamasaki. The American architect is most famous for his design of the twin towers of the original World Trade Center in New York City. William James Hall houses the departments of Psychology, Sociology and Social Anthropology.  Its namesake was instrumental in the establishment of the Department of Psychology at Harvard. Located adjacent to Harvard Yard, it was the first high-rise building to be erected on the Harvard Campus.

In the William James Conference Room on the 15th floor, in which hang portraits of the professor and his father and grandfather. William’s colleagues in the department of philosophy had the portrait commissioned, and when it was done James entertained the department at his house. It originally hanged in the Faculty Room of University Hall.

“Exhibition of Instruments from the First 50 years of Harvard Psychological Laboratories.”

“Harvard and the Cognitive Revolution – The Rediscovery of the Mind.” 9th Floor