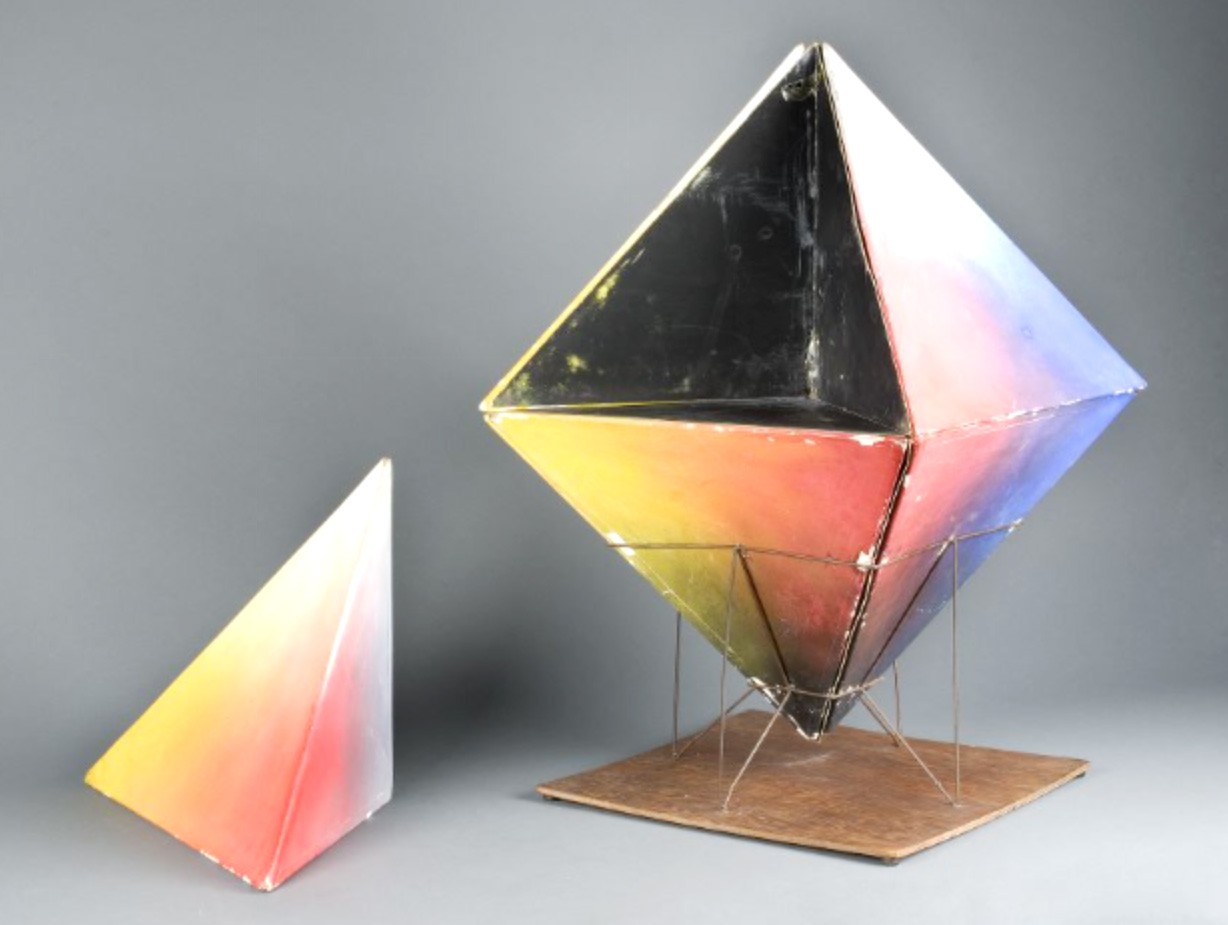 Edward B. Titchener was a British psychologist and Professor of Psychology at Cornell University. Titchener is most well known for “structuralism,” which is a theory of consciousness that he developed based on German physiologist Wilhelm Wundt’s work. At its core, structuralism is concerned with studying the mind based on its most basic, measurable outputs in order to compile them to understand the mind’s more complex workings.

The color pyramid is a diamond-shaped polyhedron consisting of eight right pyramids separated by two black, thick paper partitions and a flat, black paper square. This instrument was likely built in the Psychology Laboratory at Harvard. Titchener’s color pyramid is a three-dimensional model of visual sensations defined by color, brightness, and saturation.Kitchener used color pyramids to measure how human subjects perceived the colors, and other characteristics. Kitchener thereby studied his subjects’ “introspection” seeking to understand their overarching consciousness.