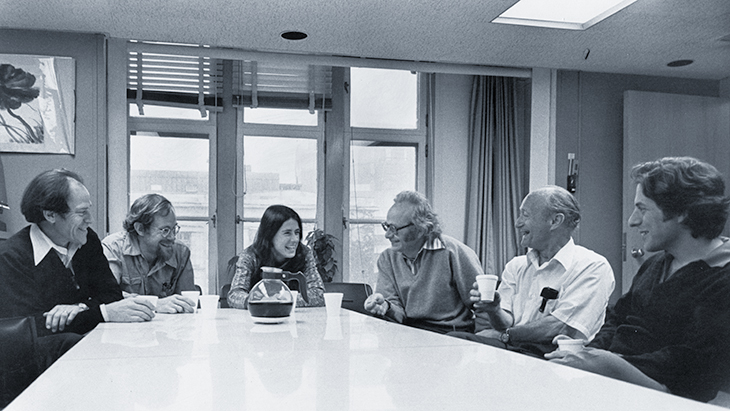 “I can’t be absolutely certain how the term neurobiology originated, but I believe Steve Kuffler invented it when we had to think up a title for our department when it was founded in 1965. That he almost single-handedly invented the field of neurobiology, I think few would dispute.” 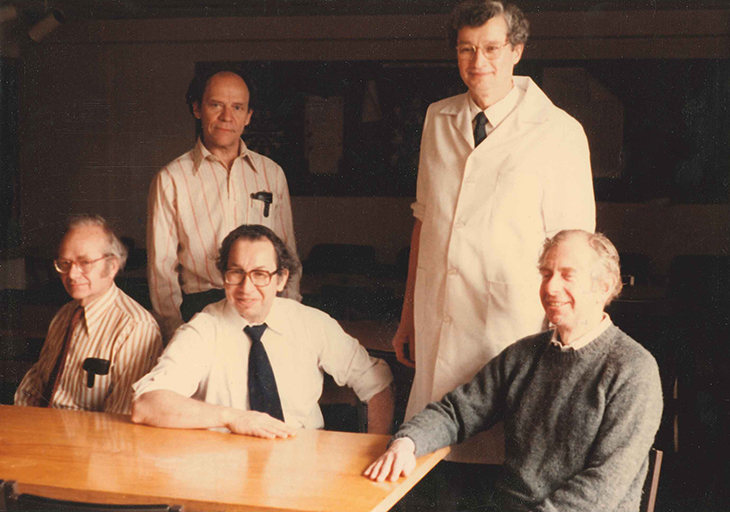 The Department of Neurobiology at Harvard Medical School, established in 1966 with Stephen W. Kuffler as Chair, was the first of its kind. The intent was to bring together members of traditional departments – physiologists, biochemists and anatomists – in order to understand the principles governing communication between cells in the nervous system. This interdisciplinary approach was revolutionary at the time. The interdisciplinary theme has continued to permeate the evolution of the field of neuroscience ever since. The founding faculty and their students posed questions and made discoveries that helped define the field of modern neurobiology. 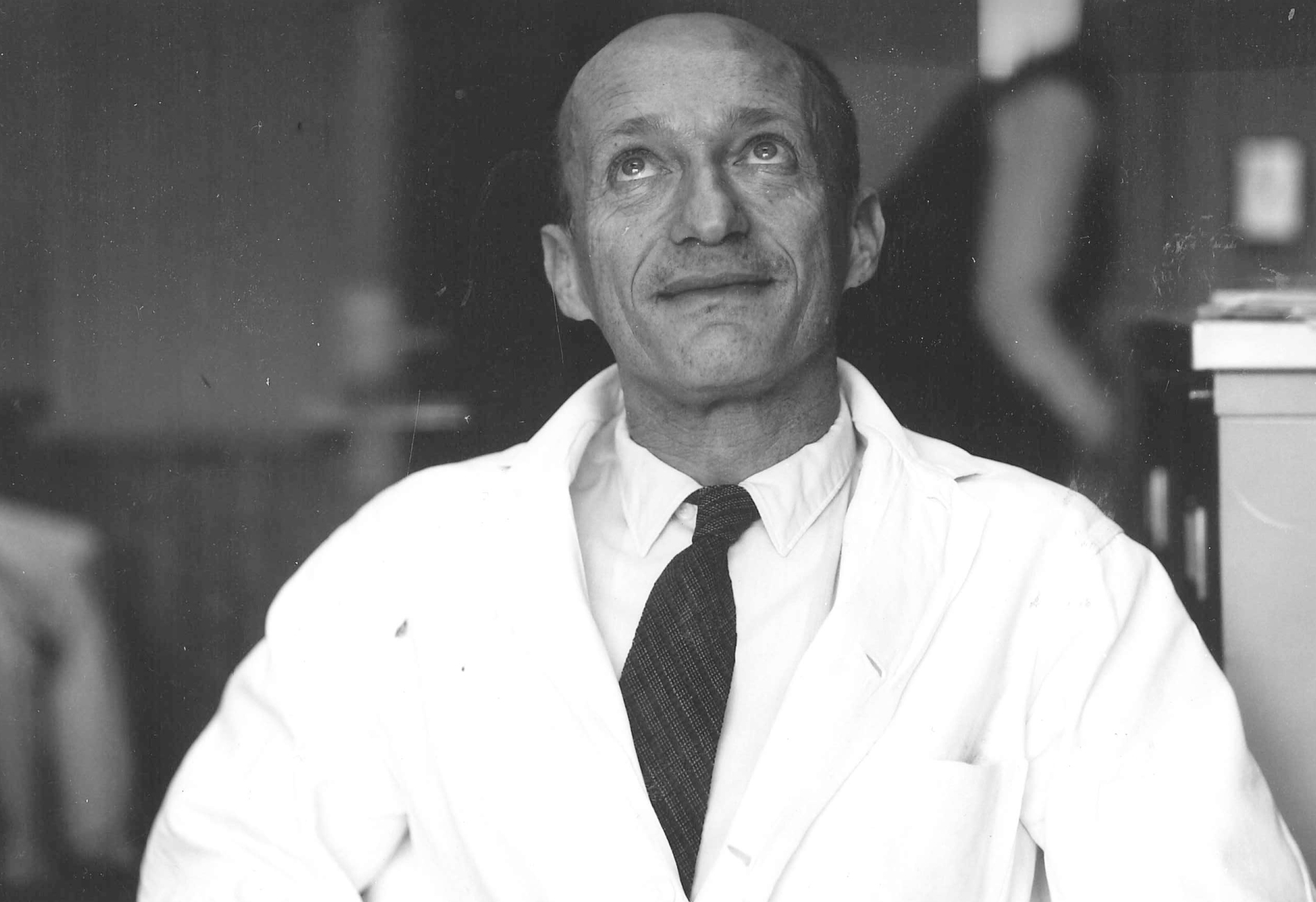 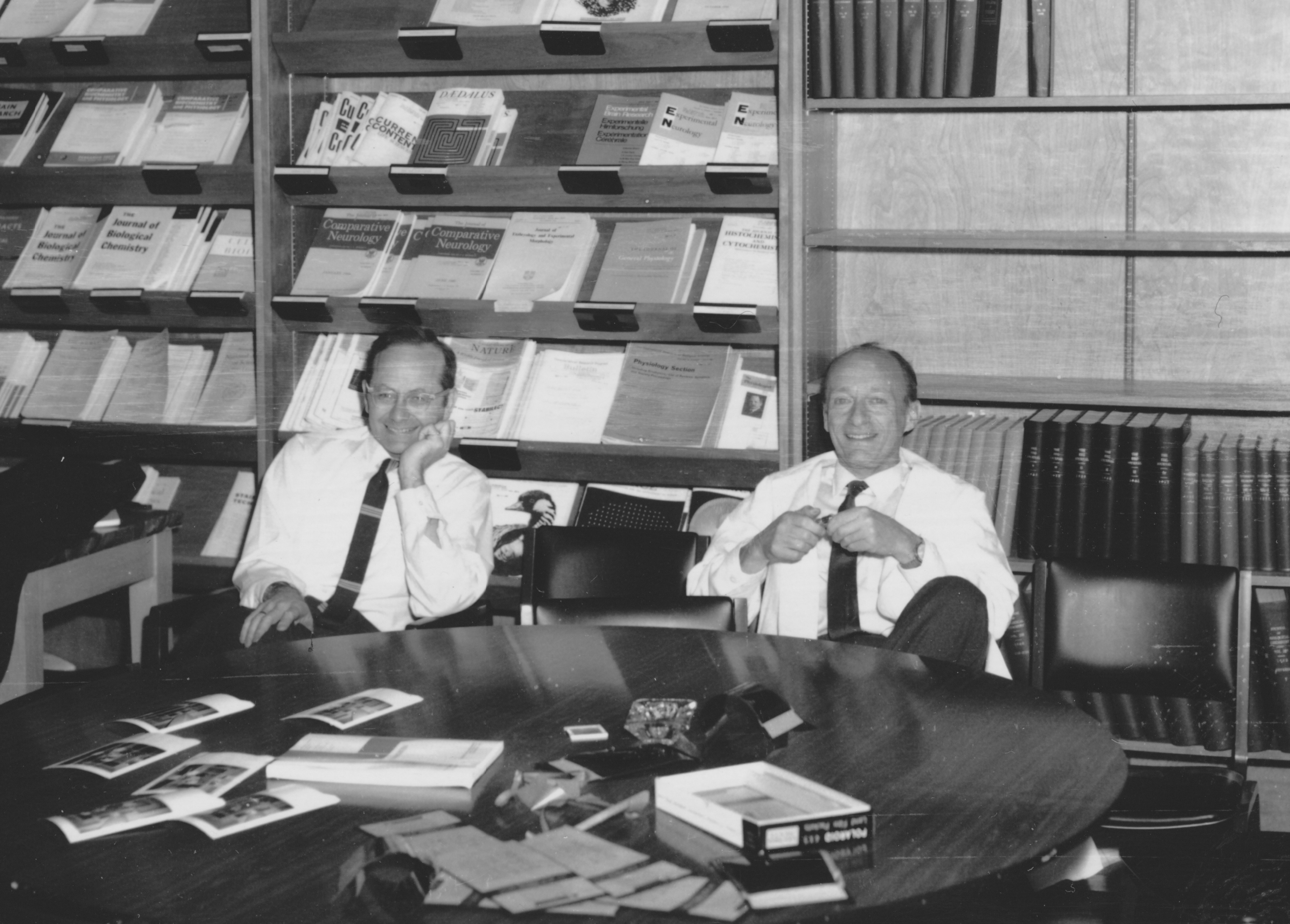 Steven Kuffler was born in Austria-Hungary in 1913. He attended medical school in Vienna and earned his M.D. in 1937. He fled the German occupation in 1938, moved first to England, then emigrated to Australia and eventually ended up in the US, where he formed an interdisciplinary team at the Wilmer Institute of Ophthalmology at The Johns Hopkins Hospital in Baltimore. That team included David H. Hubel, Torsten N. Wiesel, Edwin Furshpan, and David Potter. Soon after, at the invitation of Otto Krayer, professor at the Department of Pharmacology, Harvard Medical School, the team moved to Boston, where they were soon joined by the biochemist Edward Kravitz. By 1966, they founded and constituted the world’s first Department of Neurobiology. As a group, they applied physiological, biochemical, anatomical and histological techniques  to the exploration of the nervous system.

“…Although he tackled a wide range of fundamental problems, a continuous thread ran through his work: the desire to understand how neurons that make up the brain carry out their functions. To this end he made electrical recordings, often requiring hours of skilled dissection, to study the functional properties of individual nerve cells and muscle fibers in invertebrates, frogs, and mammals.

A characteristic feature of his experiments was the use of whatever electrical, biochemical, or morphological techniques were necessary for solving the problem. This approach produced a major change in the study of the nervous system. By virtue of his superb research, his personality, and the generations of students that he inspired and influenced, he was an undisputed leader and dominant figure in neurobiology. To all his friends, colleagues, and students he was known as Steve.“

John G. Nicholls, reminiscing in the National Academy of Sciences Biography of Kuffler 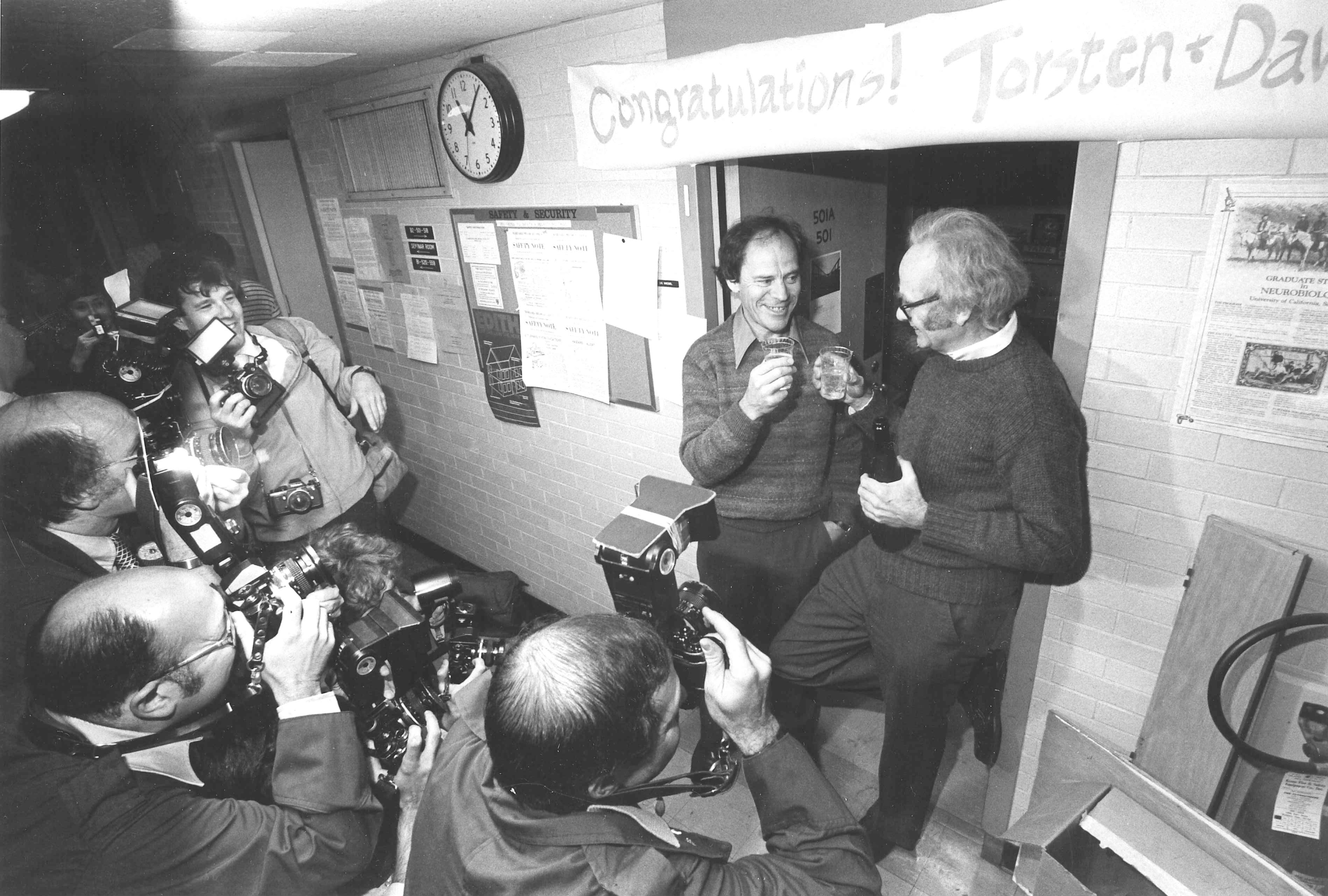 Among the major breakthroughs during the early era were the description of the retina and visual cortex; the discovery of critical periods during development; electrophysiological analysis of excitatory and inhibitory chemical synaptic transmission; characterization of GABA and other amine neurotransmitters; the first demonstration of peptidergic transmission; discovery of electrical excitation and inhibition; demonstration that glia in the brain modulate extracellular ion concentrations; and the maintenance of nerve cells in long-term cultures. A highlight of this period was the award of the Nobel Prize in 1981 to David Hubel and Torsten Wiesel for their work on visual processing. Nobel Prizes were later awarded to Linda Buck and to Rod MacKinnon, who had been faculty in the Department. 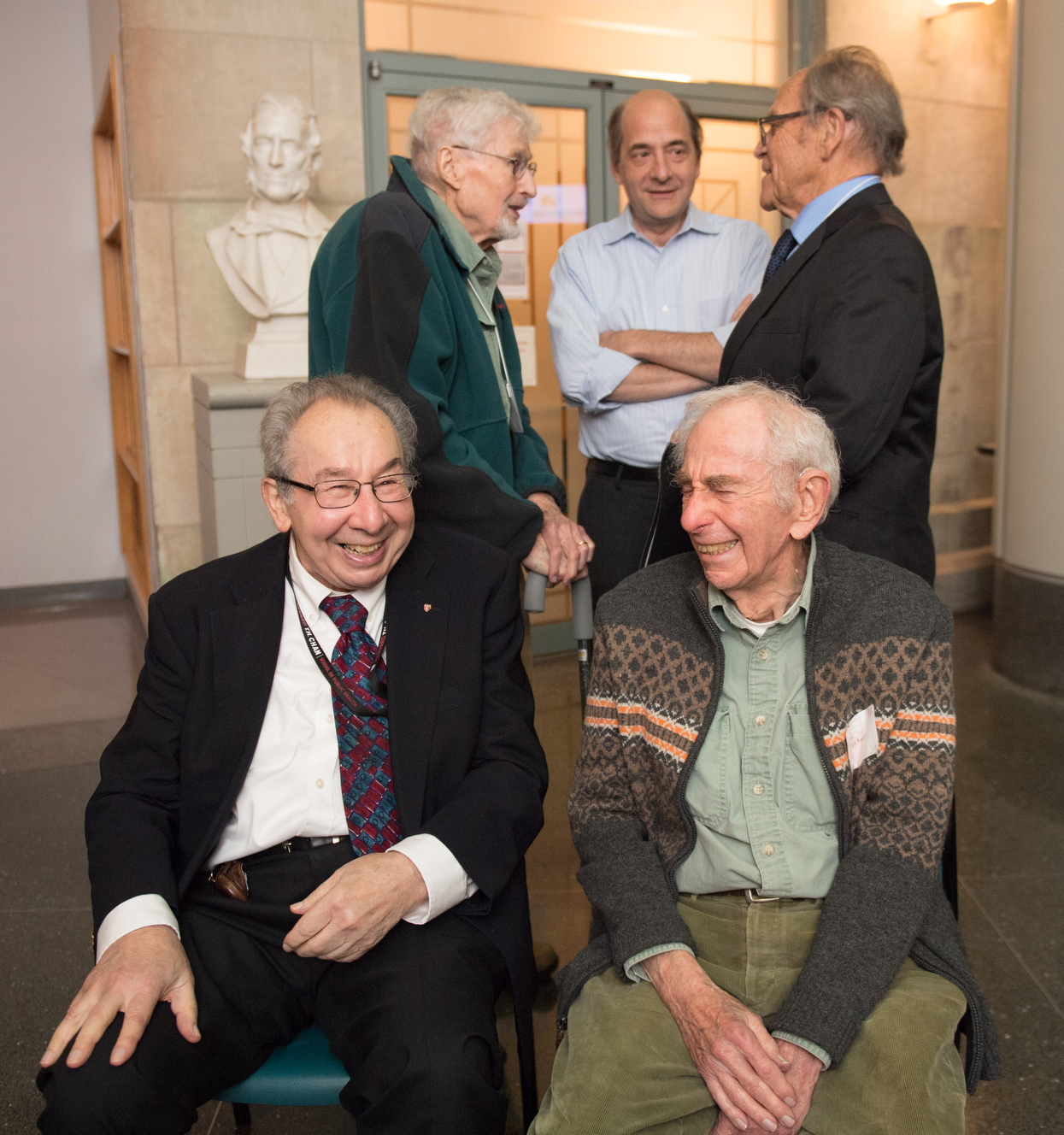 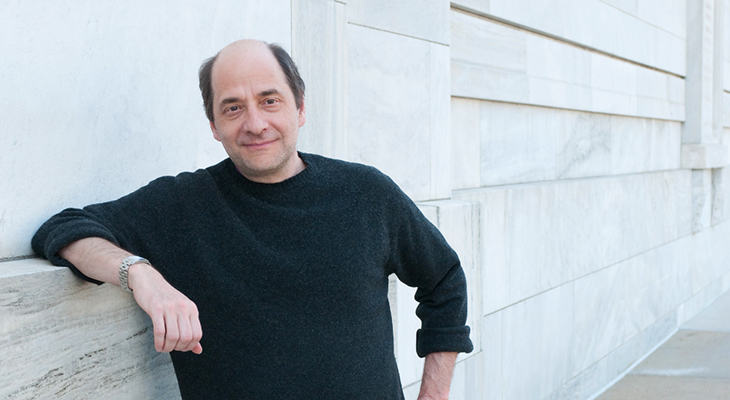 Read an interview with Mike Greenberg from the October 5, 2016 issue of Neuron.

Video, top: This video was specially produced for the October 2016 50th Anniversary celebration.

Video, middle:  Ed Kravitz provides a personal reminiscence and history of the department.

50th ARCHIVES.  A large collection of materials gathered for the 50th Anniversary are archived at this site:  50.neuro.hms.harvad.edu.  Check it out.