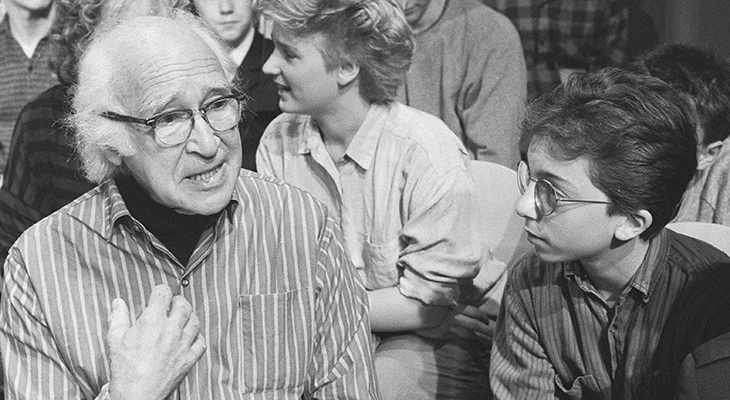 George Wald was born in New York City in 1906, the son of Jewish immigrant parents. He went to public schools in Brooklyn, earned a BS from New York University, and studied zoology at Columbia University, receiving his Ph.D. in 1932.  Wald taught at Harvard for 43 years and was known as an outstanding teacher with an engaging sense of humor. In 1966, Time listed him in a cover story as “one of the ten best teachers in the country.”

Wald was awarded a National Research Council Fellowship in Biology (1932-1934). Working in the laboratory of Otto Warburg in Berlin-Dahlem, Wald identified vitamin A in the retina of the human eye. Vitamin A had just been isolated in the laboratory of Professor Paul Karrer in Zurich. Wald visited Karrer’s laboratory to complete the identification. After this, Wald did research in the laboratory of Otto Meyerhof at the Kaiser Wilhelm Institute in Heidelberg, followed by a year in the Department of Physiology at the University of Chicago.

Wald’s long career of research on vision culminated in his discovery of how Vitamin A works in the retina, leading to the understanding of the chemical basis of vision.  He shared the 1967 Nobel Prize in Physiology or Medicine with Haldan Keffer Hartline and Ragnar Granit. 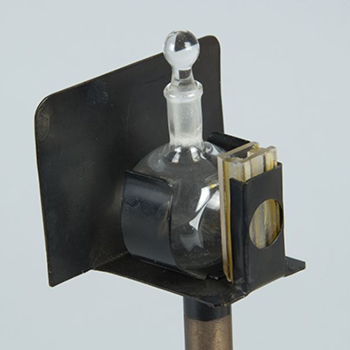 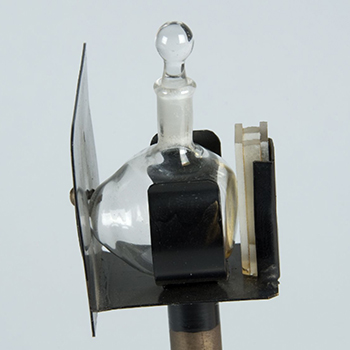 Water Model of the Human Eye

Wald had the eye built in Harvard’s Biological Laboratories in order to study the phenomena of light and dark adaptation of the human eye. Wald used the water model of the eye to study the bleaching rhodopsin when exposed to diffuse white light.

You can see this and other of his models at the Harvard Collection of Historical Scientific Instruments.