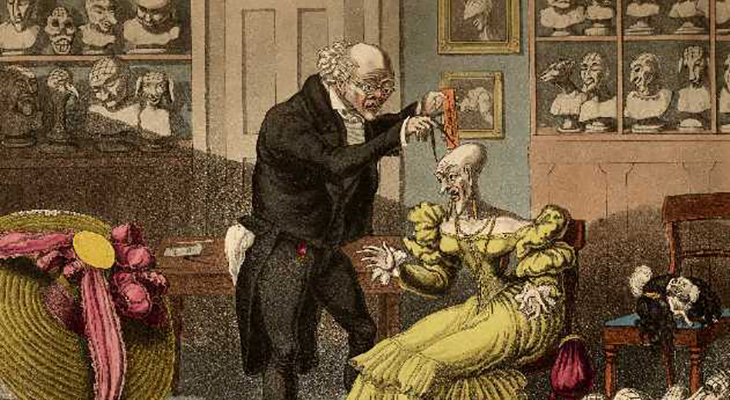 Phrenology, a blend of primitive neuroanatomy and moral philosophy, was popularized in the late 18th Century, and was influential in 19th-century psychiatry. It is now regarded as a pseudoscience. Franz Josef Gall (German, 1758 – 1828), is considered the founder of phrenology. He was a neuroanatomist, physiologist, and pioneer in the study of the localization of mental functions in the brain. His assumption that character, thoughts, and emotions are located in specific parts of the brain is considered an important historical advance toward neuropsychology.  The Center for the History of Medicine holds a collection of phrenological heads and related drawings. 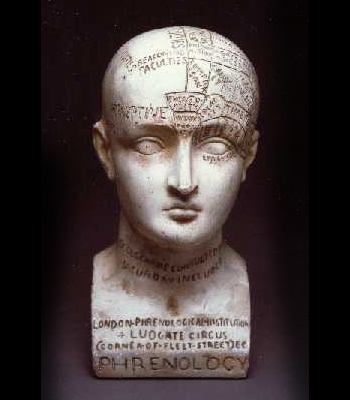 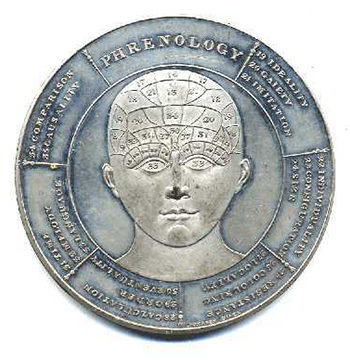 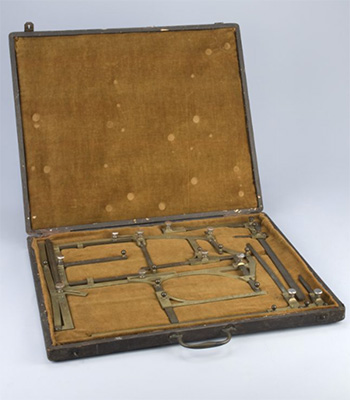 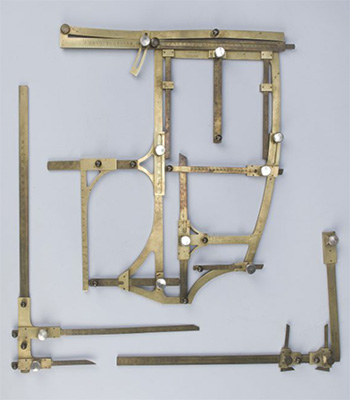 This is a case of instruments designed to measure the human body. Measuring the body was the discipline of anthropometry. Anthropologists, physicians, and criminologists used the data of body dimensions in their research and diagnosis of both normal and abnormal conditions. Anthropometry was a tool in the 19th century for the study of the races of man, gender, moral capacities, and intelligence. Craniometry and phrenology are related sub-disciplines.