Of Zebrafish and Men 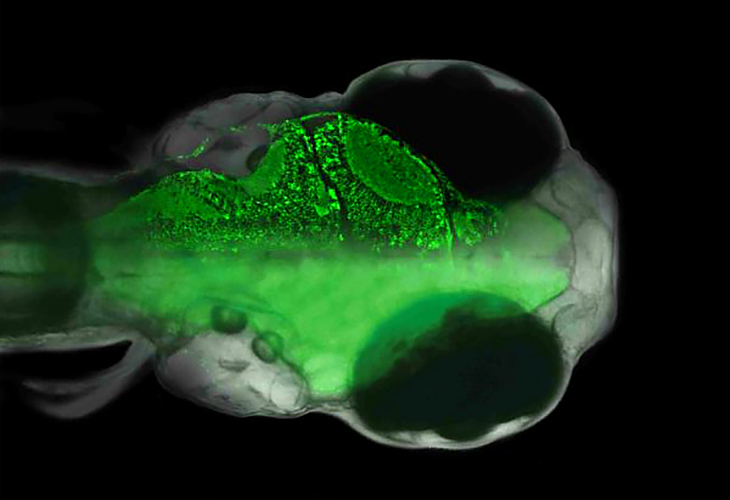 How does the activity of neurons in the brain manifest in a particular mental state or decision? Believe it or not, we can investigate this complex question by focusing on simple behaviors in a model system whose nervous system is tractable and accessible — the zebrafish.

The zebrafish larvae is an ideal system to probe these questions. The larvae is itself perfect for experimentation: they are transparent. Individual zebrafish neurons are visible through a microscope. Genes can readily be manipulated in fish, so scientists can genetically modify the neurons and observe and compare results. It is possible to render neurons fluorescent by expressing green fluorescent proteins, or to “knockout” or eliminate a specific gene. 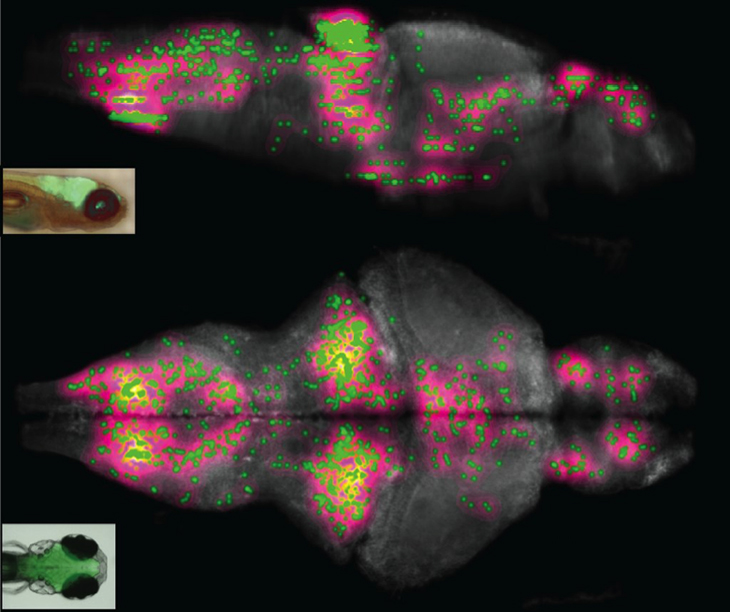 Watching Behavior in the Brain

A pioneer in using zebrafish models to understand human perceptual systems, Prof John Dowling started his neuroscience career by earning his PhD at Harvard Medical School.  He later became Harvard College’s first professor of Neurobiology.  Dowling’s career spans from his undergraduate study on the eye with Nobel Laureate George Wald to the investigators working today (see below).  This article, An Eye for Detail in The Scientist magazine tells that story.

In their Harvard laboratories, neuroscientists Florian Engert and Alexander Schier derive insights into the neural basis of behavior using zebrafish models. Innate behaviors, such as avoiding a moving object, hunting, or escaping can be used as a framework to learn about more complex behaviors. In real time, neuroscientists can record neuronal activity from freely-behaving animals to visualize patterns of neuronal activity that regulate behavior. A zebrafish larvae hunts a paramecium.  In Florian Engert’s lab at Harvard, high resolution behavioral data are used to predict the action selection of larval zebrafish swimming freely in a large arena with scattered food resources. The cloud of points in the background shows individual actions mapped to 2D space with a popular dimensionality reduction algorithm called t-SNE. 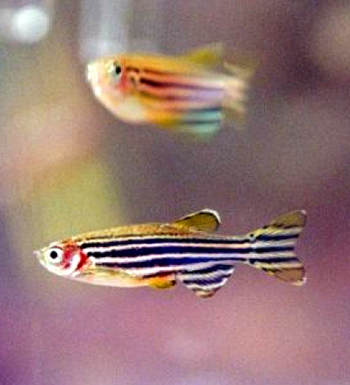 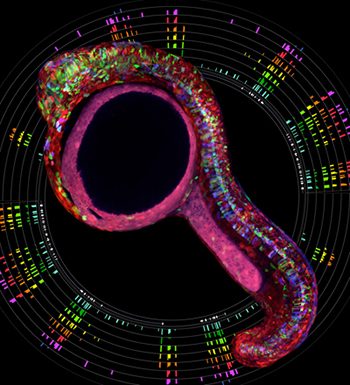