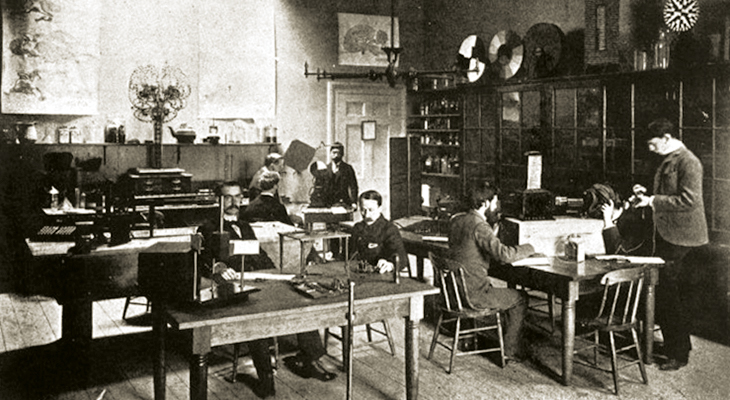 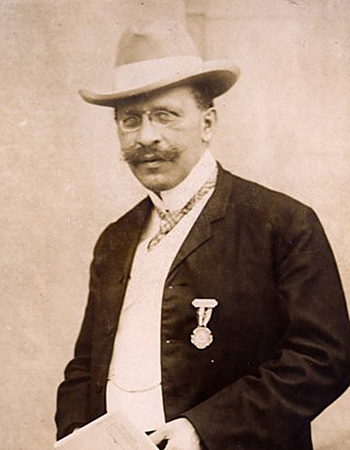 Hugo Munsterberg came to Harvard in 1892 from the University of Freiburg, at the invitation of William James. While on faculty in the Department of Philosophy, Munsterberg directed an applied psychology lab in Harvard’s Dana Hall.  There he collected one of the most extensive sets of experimental instruments in the world.  He studied feeling states, like association, attention, and discrimination, among others, using the instruments in his lab to observe these capacities in human subjects.

In 1893, Munsterberg published a document titled Psychological Laboratory of Harvard University, in which he catalogued the tools and instruments used in his Experimental Psychology laboratory at Harvard in the late 19th century.

He was particularly interested in peoples’ perceptions of film (moving images) and space, and wrote The Photoplay (1916), in which he presented his early theories on cinema.

This article, Psychological Labs Test Human Action in Overcrowded Memorial Hall Facilities which appeared in the Harvard Crimson in 1956, describes the Psychological Laboratories that filled the lower floors of Memorial Hall at that time. Many of the pioneers in psychology are mentioned, eg: William James, Hugo Munsterberg, S.S. Stevens, B.F. Skinner and others.

Scroll down to see some of the instruments from the Psychological Laboratories in Memorial Hall that are now viewable at the Harvard Collection of Scientific Instruments (CHSI). 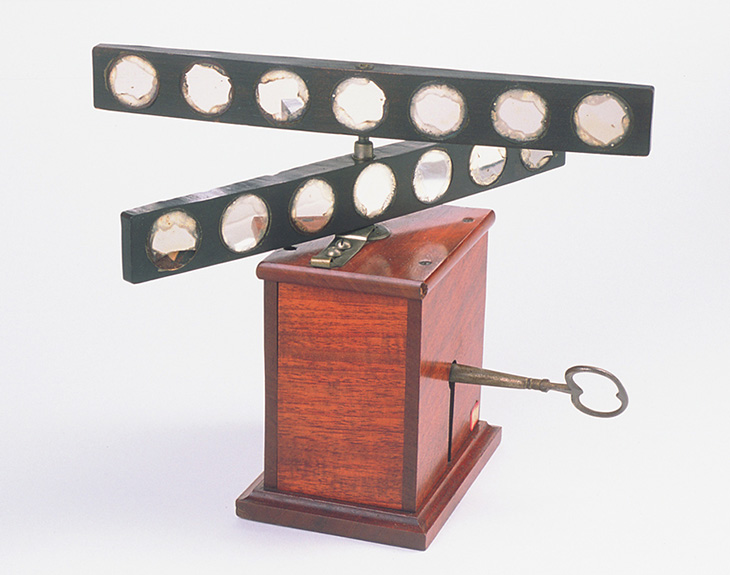 The hypnoscope used clockwork driven mirrors to induce a trance state in human subjects during experiments on higher mental processes such as memory and association. 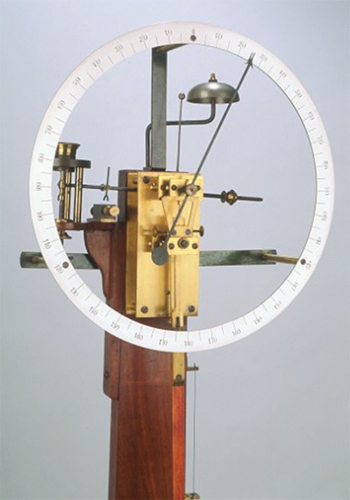 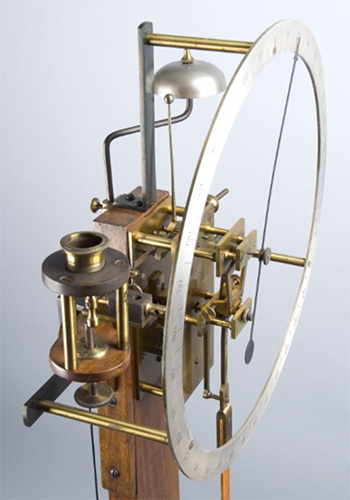 Item number 174 in Munsterberg’s catalog of the Psychological Laboratory of Harvard University was this “Instrument for studying the complication of perceptions. After Wundt, by Krille, Leipzig. $38.”

This instrument was used to measure the effect of distractions on a subject’s attention.  A subject who focused on a visual cue (the numbers on the large dial, for example) would have a delayed reaction to an auditory cue (the sound of the bell), and vice versa. 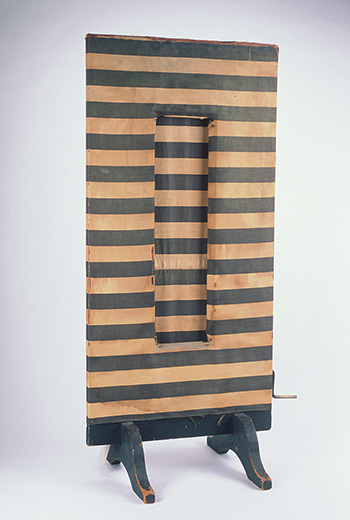 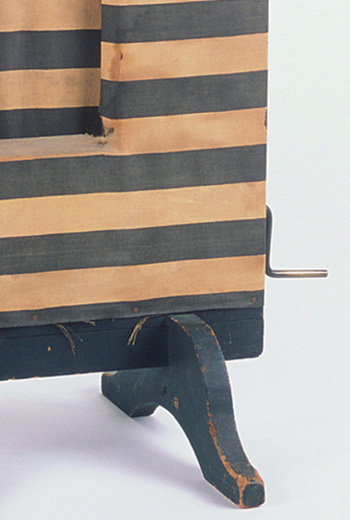 Designed by noted Harvard physiologist, Henry P. Bowditch, the “artificial waterfall” was used to study the waterfall illusion, the experience that frequently occurred when hikers who, after staring at descending water, perceive rocks rising upwards when they avert their gaze from the water. The illusion is due to a motion aftereffect. William James made this example of the waterfall illusion in the Psychology Laboratory around 1890, apparently from an old bathing suit.

This item is listed and pictured in Hugo Münsterberg’s 1893 pamphlet and inventory about the Psychological Laboratory of Harvard University as “Artificial waterfall. After Bowditch; made in the Laboratory.” 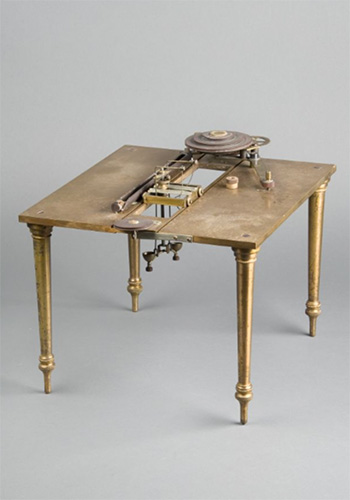 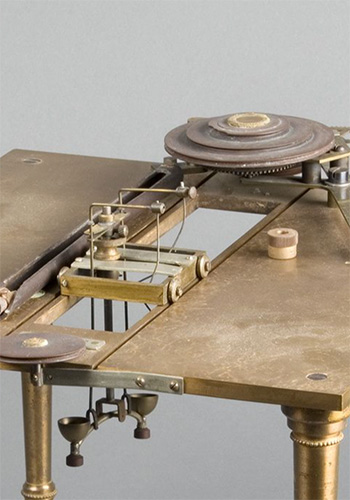 This instrument was used to study dermal and muscular sensations in psychological experiments. More specifically, by means of a metal probing stimulator, it was designed to deliver differing temperature stimuli to specific (and repeatable) small skin areas.