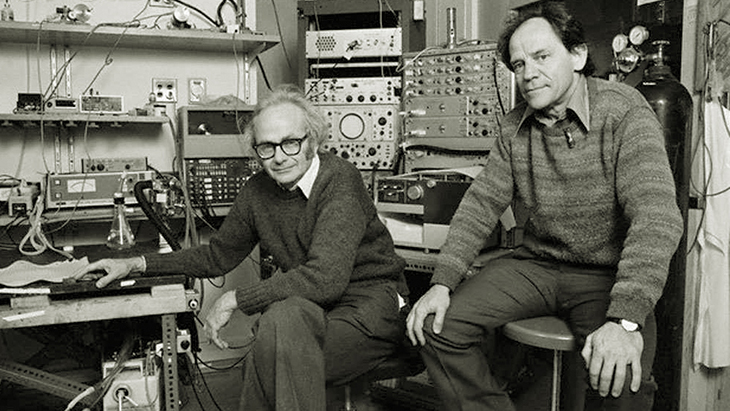 David Hubel and Torsten Wiesel came to Harvard from Johns Hopkins University with Steven Kuffler in the early 1960s to establish the Department of Neurobiology at Harvard Medical School. Their breakthrough discoveries about the visual system and visual processing earned them the Nobel Prize for Physiology or Medicine in 1981.

Hubel and Wiesel recorded electrical activity from individual neurons in the brains of cats. They used a slide projector to show specific patterns to the cats and noted that specific patterns stimulated activity in specific parts of the brain.  Such single-neuron recordings were an innovation at the time, enabled by Hubel’s earlier invention of a special recording electrode.  They systematically created a map of the visual cortex with these experiments. The original film projector, light filters and slides, are held at the Warren Anatomical Museum at the Countway Library of Medicine. 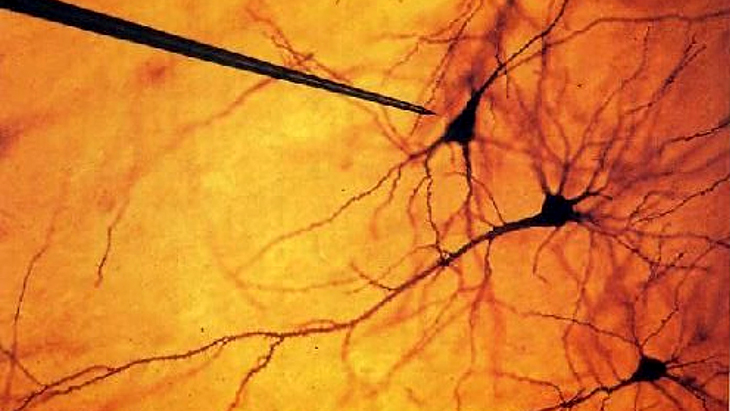 Hubel published a paper in Science in 1957 describing his Tungsten electrode and its ability to record from single-unit neurons. “An electrode has been developed to fill the need for an easily made, sturdy device capable of resolving single-neuron action potentials at least as well as the commonly used micropipette.” The Tungsten electrode allowed for sophisticated experiments in the central nervous system of animals, particularly in cases where pipettes might have been likely to break. To this day, the Tungsten electrode is a common tool that allows researchers to “listen in” on the electrical activity of cells in electrophysiology experiments.

Hubel and Wiesel demonstrated that some neurons were only responsive to information that came from a single eye, a phenomenon they referred to as “ocular dominance”. Intriguingly, neurons that are tuned to a particular eye cluster together in anatomical columns in the visual cortex of the brain. They called these “ocular dominance columns”. They also measured how distinct neurons respond to distinct visual features, such as the orientation of a line projected on a screen, or specific patterns of lines. These experiments were instrumental to our understanding of visual processing.

This precise organization called to question the role that experience plays in the development of the visual system. In a series of papers, Hubel and Wiesel showed that blocking visual input from one eye during the first few months of life dramatically altered the organization of the columns. When an eye of an adult cat was deprived of input, the organization of the ocular dominance columns did not change. Hubel and Wiesel concluded that such plasticity is limited to early life, and called this a ‘critical period’ of visual cortex development. The discovery of critical periods demonstrated how experience shapes the developing brain’s circuitry, thus perception of the external world. This finding applies across all sensory systems, and even has been shown to be present in the development of social behavior and language acquisition. This critical period of visual plasticity forms the basis for medical interventions in strabismus and amblyopia in children. 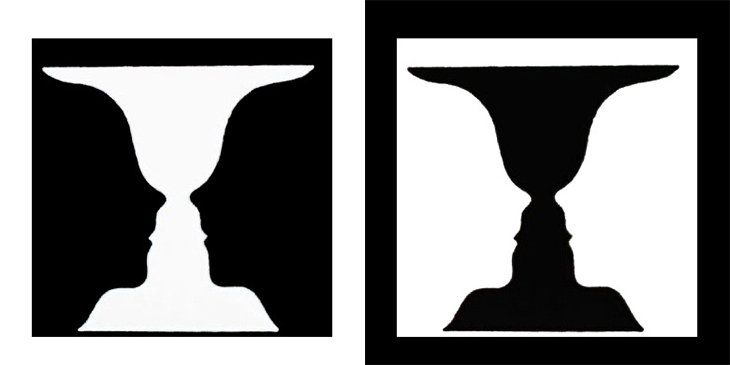 A Critical Period in Neuroscience

Nature Reviews Neuroscience article on Visual Illusions & Neurobiology, by David Eagleman, featuring a timeline that highlights Hubel and Wiesel’s work alongside many others in the history of understanding visual perception, illusions and the brain

Video:  The Clinical Implications of Hubel and Wiesel’s Work

Video:  Torsten Wiesel on the History of Neuroscience

Video:  David Hubel on the History of Neuroscience

Today, across Harvard, investigators continue to push the frontier of understanding on human visual perception and the brain.  Here are some notable examples.

Visual Circuitry at the Sanes Lab in the Center for Brain Science.

The Harvard Vision Science Laboratory and some fun videos demos posted on their website.

Video: Margaret Livingstone on Art & the Biology of Mind