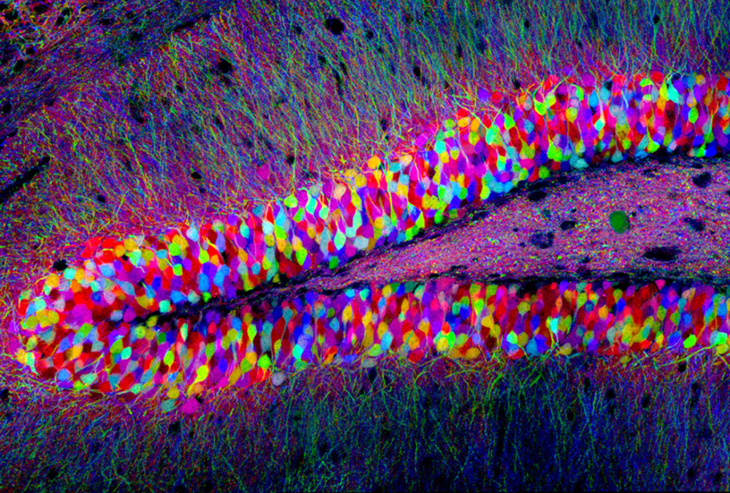 There are a hundred billions elements in a human brain.  Viewed through a high-resolution microscope, a bit of brain is so densely packed, it is impossible to unravel how one neuron connects to the next, where one single cell begins and ends. Labs in the Harvard Center for Brain Science developed a genetic method to illuminate and trace the “wires” (axons and dendrites) connecting neurons to each other.

The spectacularly beautiful images to the left (all courtesy of J. Lichtman) are the happy result of the search to visualize the brain’s circuits at work in a living animal. The Brainbow was a revelation that enabled scientists for the first time to study neurons in live tissue. The method was first developed by Harvard’s Joshua Sanes and Jeff Lichtman and announced in Nature in 2007. 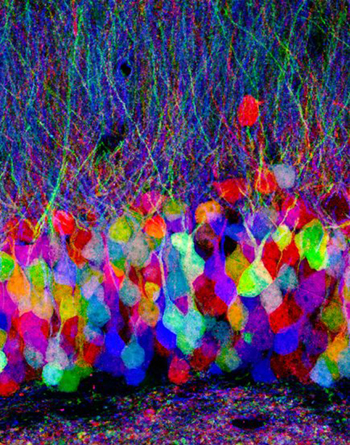 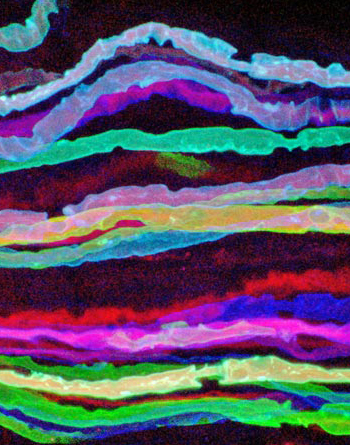 How did they induce individual neurons to “light up” in different colors so we can now trace their paths? Through much trial and error, they borrowed bioluminescent proteins from certain jellyfish and introduced them into the genome of a mouse. Eventually, three different-colored fluorescent molecules were encoded into the nervous system of a transgenic mouse. Like in a television screen, green, red, and cyan (blue) elements mix to create a rainbow of distinct hues.  When all of the neurons are genetically modified in this way, adjacent neurons express different colors, allowing us to distinguish one from the next.

This technology has been applied in fish, fruit flies, and even worms. This Brainbow zoo provides essential insights into the underlying function and connectivity of the brain.